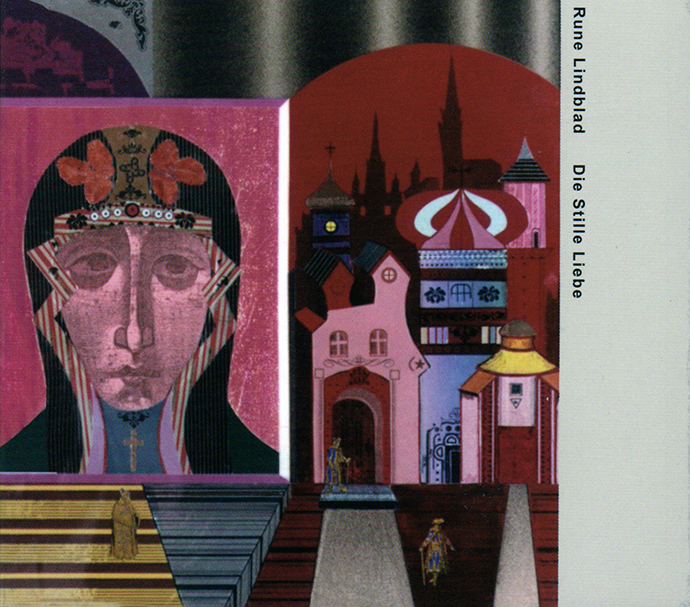 ”This lovingly curated double disc retrospective of previously unreleased works by the Swedish electronic pioneer Rune Lindblad (1923-1991) is a difficult listen, it must be said, but the jarring, ugly, tuneless music captured here gives an interesting insight into the world of a man who in some circles (fairly obscure ones admittedly) is lauded as one of the true giants of twentieth century music.”

This lovingly curated double disc retrospective of previously unreleased works by the Swedish electronic pioneer Rune Lindblad (1923-1991) is a difficult listen, it must be said, but the jarring, ugly, tuneless music captured here gives an interesting insight into the world of a man who in some circles (fairly obscure ones admittedly) is lauded as one of the true giants of twentieth century music. Lindblad, in his early years, worked in isolation, seemingly unaware of the conflict between the Cologne school of electronic music, championed by Stockhausen and Koenig, and the Paris school of musique concrete, of which Henry and Schaeffer were leading exponents. In 1956, prompted by a sudden awareness of these workstreams, both of which could be compared to his own compositions, Lindblad put on a concert of musique concrete in Gothenburg, together with Bruno Epstein and Sven-Eric Johansson. The sleeve notes to these discs tell the story. ”This was the first concert of its kind ever in Gothenburg, and caused a scandal. The audience got angry and aggressive when they heard the experimental music and afterwards demanded their money back. The concert was totally slated by the press, one reporter describing it as pure torture”. This about sums it up actually. Some of the tracks presented here – 1973’s ‘Associationer’, for instance – are pretty much unlistenable. This is not to say that they are bad. In fact large parts of this appeal to me very much indeed. The compositions are extreme, in the same way that Karel Appel’s ”Questioning Children” is an extreme painting, or Peckinpah’s Straw Dogs is an extreme film. They are not there to be enjoyed. They are there to be endured. And therein lies the satisfaction. Anybody with the faintest interest in electronic music should listen to these discs at least once, if only to put Lindblad’s successors – from Merzbow to Autechre, from Eric La Casa to Sonic Youth – into context. I have to confess that when I received this disc I had never heard of Rune Lindblad: now, hearing his works, I am in awe of him.

Those were the forces dominant in the cultural climate of the day, in 1957, but it stayed that way for quite a while, except within a tight crew of experimentalists and pioneers. At least Åke Engfeldt was quite funny in his mangling review, whereas Carl Tillius was just a bore and nothing else. It seemed that even Rune Lindblad kind of enjoyed the witty sarcasms of Åke Engfeldt, even though the reasoning content went against him.

With this double-CD from Elektron an important step has been taken in the proclamation of Rune Lindblad’s artistic work. This does not constrain itself solely to his musical activities, but also embraces the visual arts, with woodcuts, collages, etchings and so forth, of which reproductions are printed in the booklet and on the beautiful CD cover. The selection of the musical works has been executed by Mattias Petersson, Kent Tankred and Berndt Berndtsson, and I can certify that the selection is a good and representative one. It contains purely electronic works as well as textsound pieces and various intermediary forms. This variety is the more startling, since the producers have had to restrain themselves to the archives of EMS and Fylkingen in Stockholm, leaving out all the fantastic material stored at the Department of Musical Sciences in Gothenburg, of which I have a good deal in copies. I hope fate, the powers and chance will find it possible to release the best stuff of the Gothenburg collection as times goes by.

The CD booklet contains an interesting and balanced essay on Lindblad by Daniel Rozenhall, and two conversations about Rune Lindblad. One talk is held between Daniel Rozenhall and Carl-Michael von Hausswolff; the other one between Daniel Rozenhall and Sten Hanson. I think they, in the best sense, present an honest and thought-through view of Rune Lindblad and his significance, and I also believe this is the first time this has been done, without any exaggerations in any direction. Especially Sten Hanson’s description of Lindblad’s method’s, or perhaps even lack of methods, resulting in an often monolithic expression, casts a lot of light on Lindblad’s precarious situation as an artistic outcast, in the view of much of the compositional cadre of Sweden. It is not so hard to understand this reaction from the formal composers (I mean formal composers also in the field of electroacoustics) to the crude, monolithic and perhaps often completely spontaneous creations of Lindblad, but the cultural establishment made the mistake of not showing some generosity towards Lindblad, not acknowledging his spiritual example, which was worth as much, or really, even much more, than his actual sounding results.

The careful considerations of Mattias Petersson, Kent Tankred and Berndt Berndtsson has nonetheless resulted in such a varied assortment of works that the statement about monolithic composition (which, however, is correct, with the bulk of pieces considered together) ever so often is contradicted by Lindblad’s art itself. This makes me happy, since I really do want to see Rune Lindblad’s oeuvre displayed in the most positive manner possible, honesty withstanding.

Nota bene, I’m also happy to see a flawless English text in the booklet, the translation from Swedish diligently executed by Paul Pignon. This release, all in all, is a magnificent one; the first really serious and qualified go at a Lindblad CD retrospective.